FEF to honor JoAnn and michael Fishbein at 2019 Winter GalA 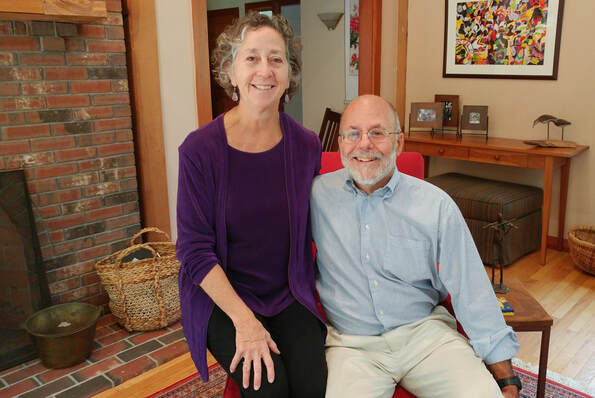 “Mike and JoAnn embody the very best things about our community. Their compassion, their deep commitment to the welfare of others, and their generosity in giving their time have strengthened Falmouth in myriad ways,” FEF Board President Ellen Barol said.

“In a milestone year for FEF, as we give away our one millionth dollar, we are especially proud and grateful that such caring and effective community-builders have agreed to be our 2019 honorees.”

The couple originally came to Falmouth when Michael, now a radiologist at Falmouth Hospital, started out as a general internist with Falmouth Medical Associates. Michael juggled his time traveling to Honduras to provide medical and dental care to rural areas on behalf of Cape Cares, an organization for which he served as president, while JoAnn offered her time and talent to several organizations, including the Falmouth Jewish Congregation, the Falmouth Bikeways Committee, the Falmouth Service Center, and Neighborhood Falmouth. However, her biggest passion has always been education, and providing computer literacy for all ages quickly became her priority.

“Back then, computers were just getting introduced to the schools, so I started out offering training in the Mullen-Hall computer lab while my children were students. When they moved out of elementary school, I ran the Math Olympiad program at Morse Pond School,” she said. “I’ve always enjoyed teaching, and it was a chance for me to see the environment my kids were in, while working with their teachers and getting to know their classmates.”

JoAnn went on to establish a program with Falmouth Community Television (FCTV) to provide technology assistance to high school students and senior citizens, while Michael created panel events and produced and hosted a program to educate the public about the importance of the HPV vaccine.

Growing up in Reading, Pennsylvania, giving back through civic engagement has always been second nature for JoAnn, a quality shared by Michael, who served as class president at his Long Island high school.

“We bring it out in one another,” she said.

Together they support those suffering from the effects of ALS (Lou Gehrig’s Disease) by serving on the board for David’s Old Silver Swim, an annual event at Old Silver Beach to benefit the work of Compassionate Care ALS in West Falmouth. Those efforts are augmented each August when Michael runs the Falmouth Road Race as part of the Numbers for Nonprofits Program.
The Fishbeins have served for many years as a host family for the AFS-USA foreign exchange program and the Fresh Air fund, in addition to welcoming Ethiopian refugees for summer vacations. Opening their home and sharing their love of their hometown is something that also comes naturally.

“When we first came to Falmouth, there were so many things that initially attracted us - a great medical facility and the science community in Woods Hole,” Michael recalled. “But most of all, it was the people. Everyone was so warm and receptive.”

While their children are now grown - 26-year-old Josh is a software engineer in Boston, and 32-year-old Emily recently returned from doing humanitarian work in Myanmar - the Fishbeins remain steadfast supporters of public education and, in particular, the mission of FEF.

“The teachers in Falmouth have such creative ideas, and it’s incredible to visit the classroom and see firsthand as they evolve from concept to fruition,” JoAnn said. “Without the funding from FEF, these unique and non-traditional opportunities wouldn’t be possible.”

Although they are admittedly more comfortable staying out of the spotlight and contributing in their own quiet way, the Fishbeins are grateful that FEF chose to honor them at the upcoming gala.

“It’s quite an honor, and it’s extremely humbling,” Michael said.

FEF’s Winter Gala at the Coonamessett Inn will feature dinner and music, in addition to an array of auction items and experiences. The March 2 event, which regularly sells out, will begin with cocktails at 6 PM. Tickets are $75 and may be purchased by contacting Meghan Buckley at 774-763-2347​.